Rudy Obrero has been illustrating for over 40 years. He has been involved with the Mattel Master of the Universe toy line since its inception in the early 80s. He’s also worked in comic books and film. We took an opportunity to talk with Rudy and his career. 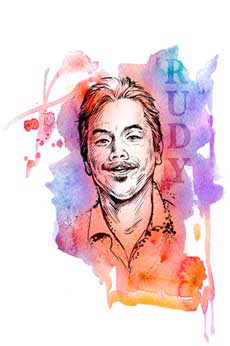 When did you start illustrating as a full time profession?
I started Illustrating right after graduating from Art Center in June 1976. 41 years so far.Who are/were some of your influences over the years?
Howard Pyle, Norman Rockwell, Bob Peak, Mark English and assorted others through the years.Your work spans several different genres. You’ve worked in movies, comic books, animation, etc. Have you always worked with different media types?
Yes, I have never been a specialist in any one area. I've always been able to do any style or media that each assignment required. Today's digital media allow wider flexibility in that regard. 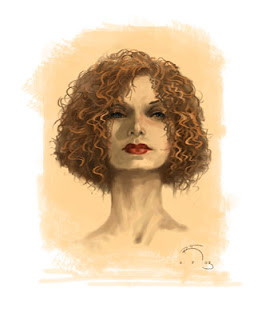 You're very well known for your work with Mattel's Masters of the Universe toy line. Can you give us a brief history of how you came to work with MOTU for over 30 years now?
My first project for Mattel was in the early eighties was package art for Barbie's Star Corvette. Soon after that Mark Taylor, the MOTU creator at that time called me to work on this "new toy line for boys". He asked me if I could do this in a (Frank) Frazzetta like style. I did my first package art of the Battle Cat and I haven't stopped since. Although there was about a twenty odd year gap from the last Attack Track box and the re introduction of the classic MOTU line today. I'm still involved today with Barbie DVD cover Key art concepts. Mattel product assignments come from resources other than Mattel as well.
Were you involved with the design of any of the characters/toys?
I wasn’t really part of the product development side of it. I did assist by doing concept sketches for children’s toy play environments a while ago.You clearly bring the characters and toys to life. Did Mattel allow you freedom to enhance or expand the depth of the characters?
Yes indeed! Since I initially only worked with Mark Taylor he let me take some liberties with the actual look of the product. It was rare at the time to have that freedom, and that freedom made this job a lot more fun and interesting. 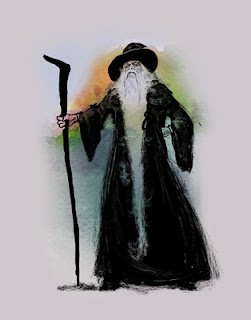 Do you have a favorite piece you've done over the years? Not just MOTU, but from your entire career?
The two Castle Grayskull pieces are my favorites. The original version and the newest Castle Grayskull Box from a couple of years ago. There was a vote taken by MOTU fans on the ten characters that were going to be on the package art and I participated in that vote. After the fan voting was done the ten selected were all on my vote card! Made me happy!What's in store for the future? I know that Power-Con, the Masters of the Universe fan convention is in September.
I take assignments from people I like. It's good to be picky.Lastly, I know your daughter Kaci takes after you and is an illustrator as well. Does it run in the family?
Yeah, Kaci is very skilled. I wish her the same success in her career as I have had in mine.Keep up with Rudy's work at his website & stay tuned for more interviews!
Posted by copymathollywood at 12:25 PM